Superbowl weekend is looming. To be honest our interest in the game itself is virtually non-existent (sorry NFL fans), but the marketing activity that it generates does grab our attention especially being the most expensive advertising.

Read why CBS’s head of sales thinks brands are prepared to pay big bucks for these slots. 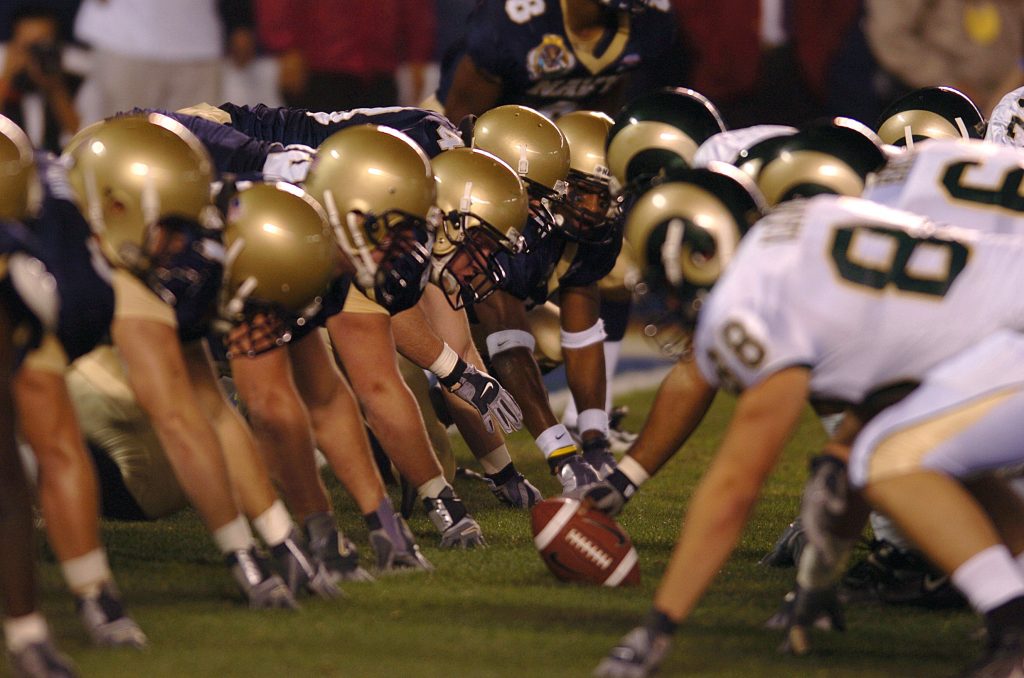 The question that immediately springs to mind is whether it’s worth it? The big brands involved will of course have calculated their ROI, but you have to wonder whether the really clever brands are the ones who capitalise on the social media opportunities the game presents.

The 2015 Superbowl was the most tweeted ever with more than 28.4 million tweets containing terms related to the game and halftime show between kickoff and half-hour after the game’s end. There were also 265 million Facebook posts, comments and likes surrounding the game. You don’t even have to mention the Superbowl to capitalise on the audience that exists. One of the great marketing wins was by Oreo Cookies during the third quarter of the 2013 Super Bowl when a power outage at the Superdome caused some of the lights to go out for 34 minutes.  Oreo’s social media team seized on the cultural moment, tweeting: 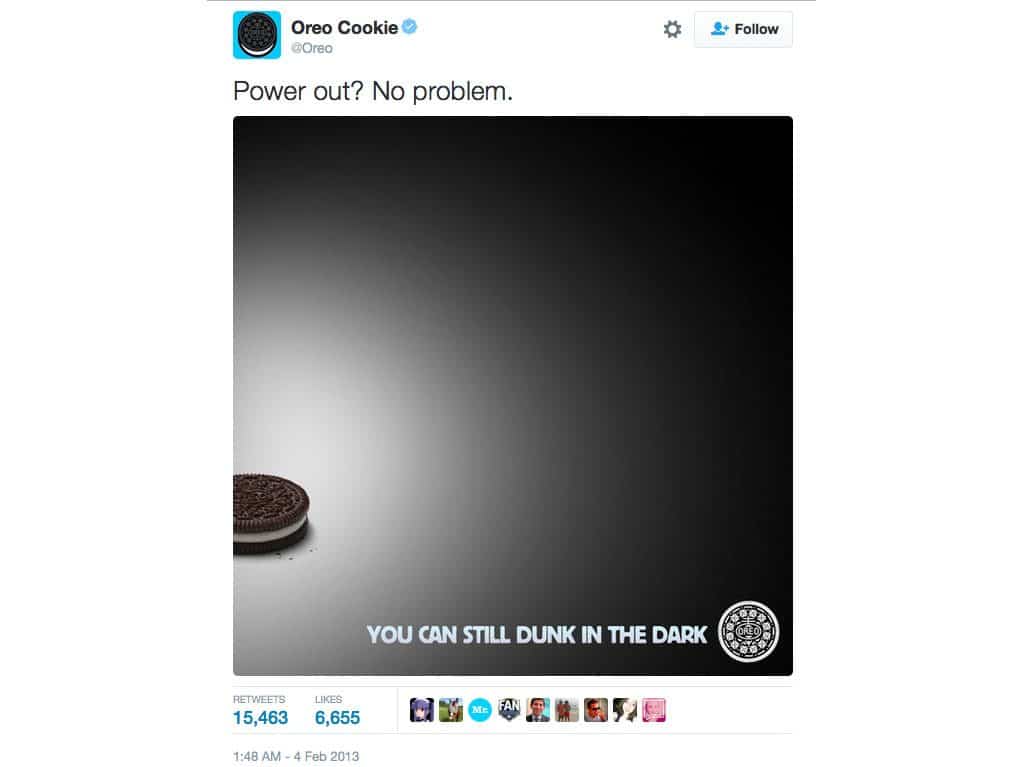 The message caught on almost immediately, getting over 15,000 retweets and 20,000 Facebook likes in a matter of hours. Did it directly help them sell thousands more cookies? Maybe not, but it was a definite win for their brand image – modern, clever and playful – not bad associations for any brand. We’re pretty sure that their team of 15 social media experts sat ready and waiting during the game didn’t cost them $4.5m and people are still talking about their tweet now.  Home run to Oreo! (oops, sorry – told you we didn’t care about the sports!).

You can take a look at the 2016 TV commercials now if you can’t wait for the game. Unfortunately Tweets are not pre-released!

Friday Facts this week by Laura Turner.
Interested in the business, not the sport.