Opening our new premises – in style!

On the 11th May, we held a rather special event to mark our recent move to new premises. The building was officially opened by local MP Damian Collins and, as he cut the customary red ribbon, Mr Collins commented: “I’m pleased it’s been such a success and wish you every success in the future as well”. He and our other invited guests were then welcomed inside by a splendid red carpet and had a chance to look around. All attendees were invited to try their hand at foil printing their own books, as well as get their handwriting analysed by a professional graphologist. A traditional British afternoon tea was also served, with mini scones and pitchers of Pimm’s delighting and refreshing guests. 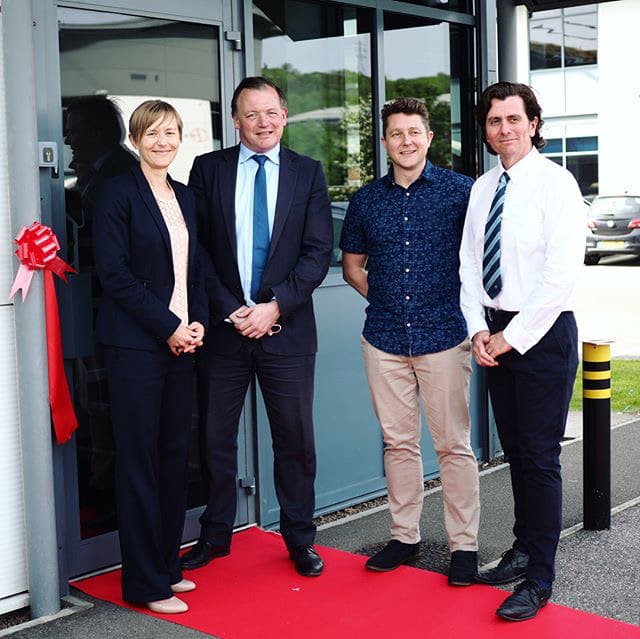 The move sees us acquire almost three times the space we had previously to accommodate our growth and expansion into other markets. Having started with just a small handful of clients, we’ve since built on this and made loyal and satisfied customers of global brands such as Facebook, Google, Adidas, HSBC and BAFTA. A selection of products made for these brands and others were on display at the opening event, impressing visitors and generating a lot of chatter. 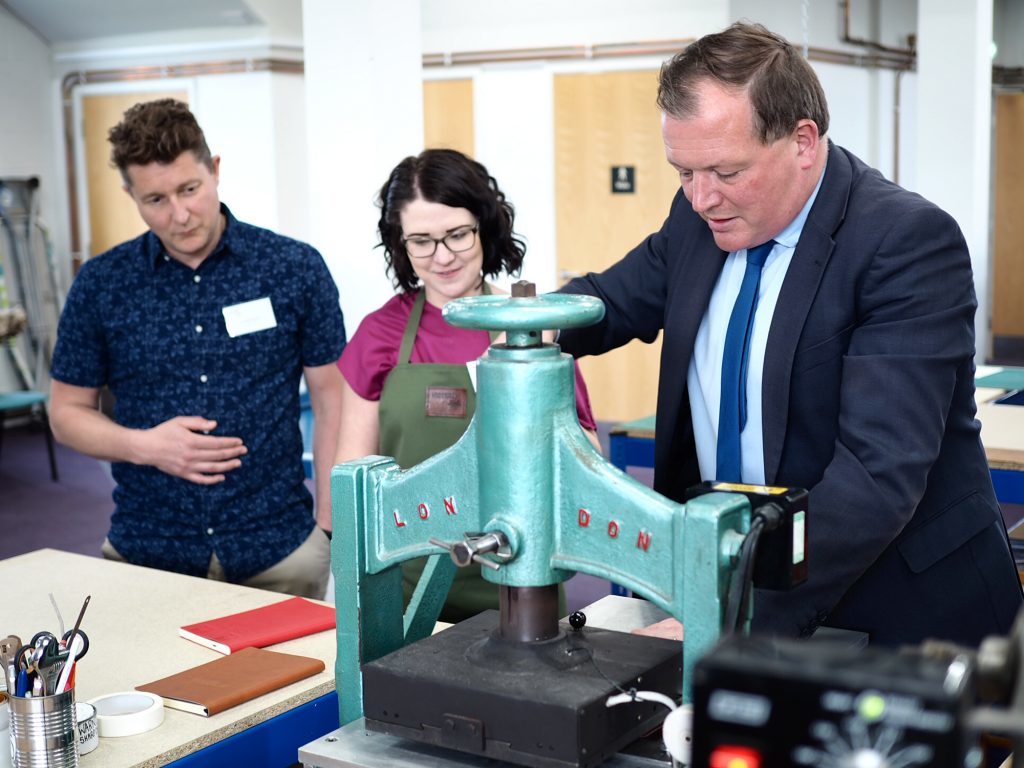 Local MP Damian Collins has a go a debossing his own notebook.

You can see and read more about our new premises here! With the opening event a success and guests commenting on the quality of the products, gregarious staff and new space, we are very much looking forward to the future with a fresh, positive outlook!