Bruce Chatwin’s The Songlines Moleskine edition reveals the history of the brand.
When you open a brand new Moleskine notebook, you’ll find a little leaflet tucked into the rear pocket. This finely printed slip of paper will explain to you the history of Moleskine notebooks in a nutshell, using words like ‘legendary’, ‘traditional’ and ‘imaginative’. All very big, powerful words for a little notebook to live up to. The story goes that great artists and writers – Van Gogh, Picasso, Hemingway and Chatwin – all scribbled their initial ideas in small notebooks with rounded corners and elasticated closures just like the well-known Moleskine notebooks we see today. The very essence of great works of art were first captured within the pages of these simple black rectangles, now so recognisably Moleskine notebooks. Only then they were nameless. In fact, they were nameless for over a century before being given their famous name, when they were produced by a small French bookbinder in the artistic and literary centre of the world, Paris.

Bruce Chatwin was responsible for the Moleskine name.
In his famed novel The Songlines, he named his one of these little notebooks moleskine. On hearing that the stationer who supplied his favourite notebook was going out of business, Chatwin bought as many of them as he could before leaving for Australia, where the novel was written. Years later, a small Milanese publisher read this book and set about reviving the tradition of the little black notebook, officially naming it for good.

Now a successful brand synonymous with inspiration, travel and culture, Moleskine notebooks provide the traditional tools for memory and imagination in an ever-changing modern world. Its recent collaborations with digital technologies (the Moleskine+ Smart Writing System combines mobile app technology with handwritten notes to allow digital saving and sharing of ideas) shows that although little, this is one small black notebook that can hold its own.

The Songlines Moleskine edition is a salute to the brand’s history.
To celebrate the 30th anniversary of the publication of The Songlines, and the 20th anniversary of Moleskine, the two have combined in a special edition version of the novel which is available to buy here. The Songlines Moleskine edition comprises a classic black Moleskine hardback notebook, only with more than the usual number pages to accommodate the storyline, an excerpt from the official biography of the author by Nicholas Shakespeare and ample note-taking space at the back. It’s traditionally debossed on the cover with a spot varnished belly band as a finishing touch – a simple yet effective object to treasure. 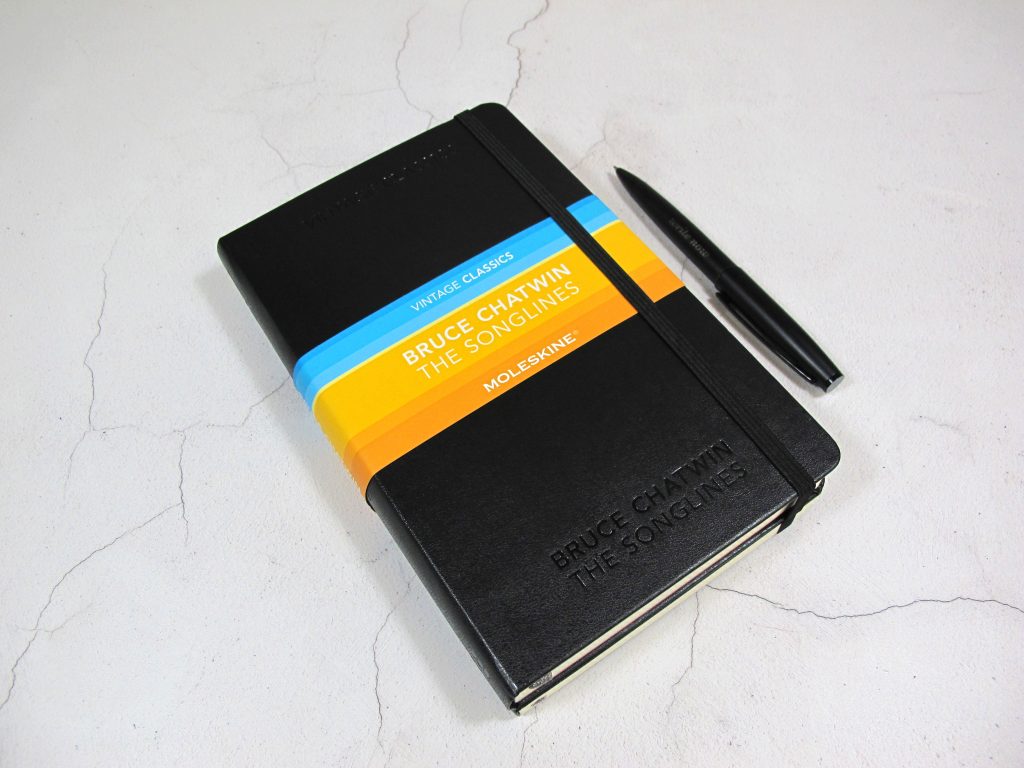 The idea of casing Chatwin’s words in a hardback black Moleskine classic notebook is a clever way to appreciate tradition and trace a masterpiece back to its roots – to the pages where it all began.  The sleek product is a seamless way to visualise the association between two legendary books.

Follow in Chatwin’s footsteps.
The creators of The Songlines Moleskine book are writing enthusiasts and very encouraging, seeming to want to inspire new novellists to spring up in the wake of this book. So if you fancy yourself as a bit of a travel writer, it comes with a blank A5 Moleskine Classic notebook for you to fill to your heart’s content – looks like it’s time to book your next adventure. How exciting to think that the next Moleskine scribbler to become a renowned creative genius could be you! 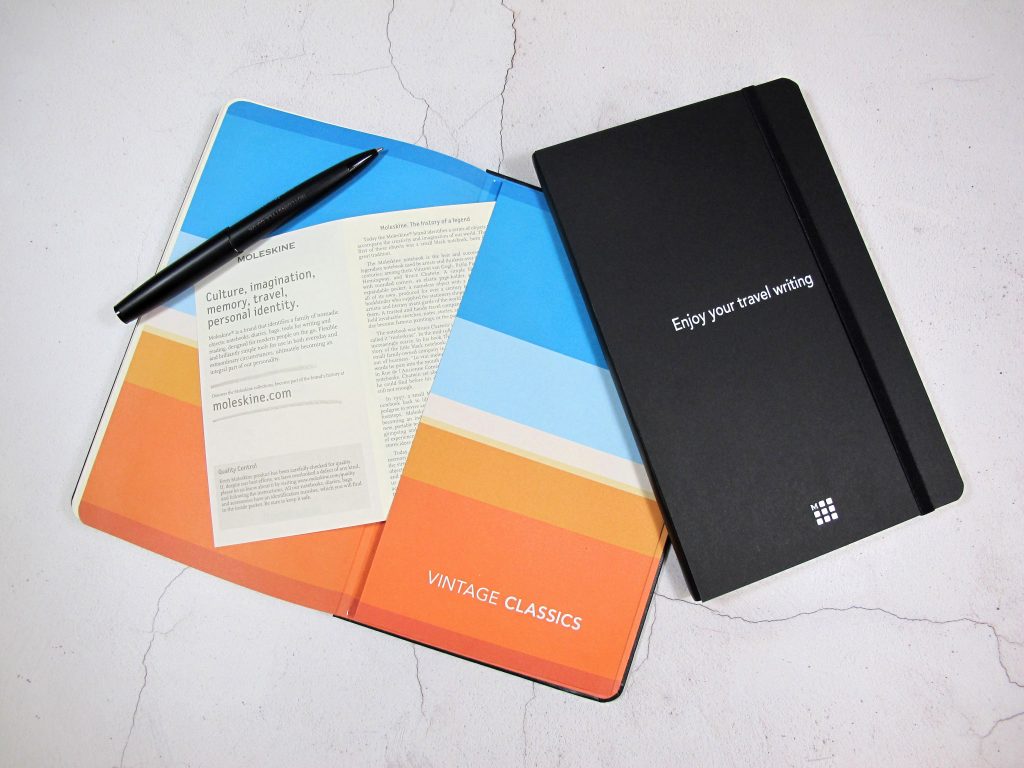